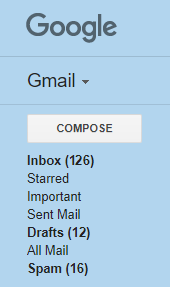 The members of your writing group need to plan and write a short report on successful strategies for the job search. Your group has had two meetings in Google Hangouts so far, after which members have emailed and Replied to All, with everyone getting lots of emails with long threads about the report.

Two team members, Jasmine and Malik, are responsible for strategies for LinkedIn. Jasmine did research on what employers look for on LinkedIn, and she emailed her research to Malik without copying the writing group. Malik replied to Jasmine to ask a question, and he copied the other group members. Jasmine replied to Malik—not to all.

Malik is annoyed with Jasmine. He says they should be copying everyone in the writing group on everything they do so that people are in the loop.

Jasmine thinks they are drowning in email. She says they should only copy the entire group when everyone needs the information.

The Professional Bio Statement that you are working on for your first major project needs a professional photo that shows readers both what you look like and something about your personality and style. I know that none of you would use a bathroom mirror selfie, but based on what students have submitted in the past, I want to provide some specific guidelines.

You will find a lot more useful tips in the step-by-step tutorial in the Hubspot post How to Take Your Own Professional Headshot: A Bookmarkable Guide, which says it takes 15 minutes to read. The article covers everything from how to set up your camera to editing your final choice.

Take advantage of feedback from your writing group as well. If you can’t decide which photo is best, ask them to help you decide.

Notes for This Week

Readings for This Week

Tasks for This Week

Here’s what you need to do for this week:

Note: This infographic already has a text-based transcript.

Image Credit: How to Succeed in This Online Class by Traci Gardner.

Someone in the class has asked about how frequently to respond to the Daily Discussion Posts. Her question inspired me to gather some statistics that will show you how students responded to the posts in the past.

Think of responding to the discussion posts like participating in a course that meets in the classroom. Chime in when you have something to say, but don’t feel compelled to talk just for the sake of talking.

You can see the number of comments you have made by finding any comment you have made on the blog and looking after your name, as shown in these examples: 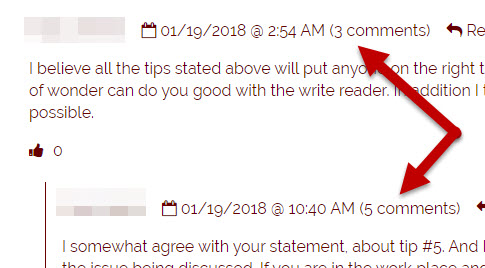 Details on the Stats

The infographic on the right shows some stats on the comments from the Fall Semester to help you gauge what’s typical. The numbers are for four sections of the course, which works out to 88 students. These numbers are identical to the number of sections and students this term.

Out of the 88 students in the course, 61 of them commented at least once. That works out to about seven students out of every ten.

Those who posted more comments tended to do better in the course; but posting more is not a guarantee of an A. You have to meet all the Requirements in the course.

Note: This infographic contents is included in the text of the post, so it does not need a transcript.

Lynda.com videos are free to Virginia Tech students with your VT.EDU login. Start at the VT.EDU login page to access these resources. See the notes at the end of this post on How Lynda.com Videos Work.

For our #WeekendWatch, we have our first Lynda.come video lesson, Crafting a Strong Message (4m16s) from the Writing Email course.

This video outlines three key strategies that will help you write effective email messages. With a great deal of communication in the workplace taking place in email, learning how these three strategies work will make you a more effective employee.

In addition to watching today’s video, skim the titles of the other videos for others that you can watch to improve your email messages. After watching the video, you can leave a comment on the strategies it recommends, your experience with email in the workplace, or another video lesson that you recommend. 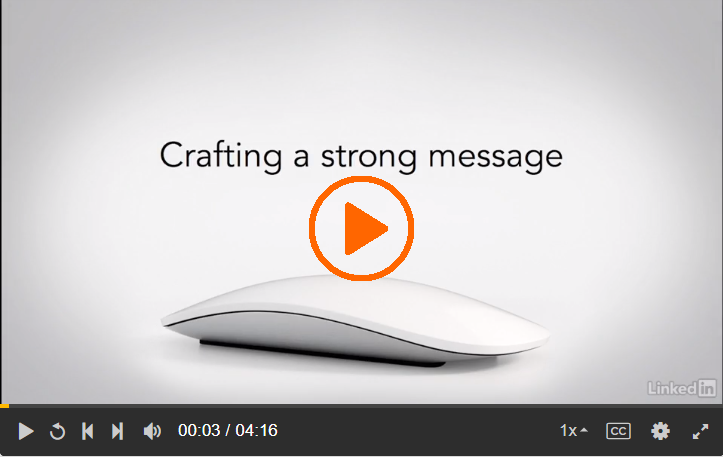 Lynda.com courses are comprised of a series of video lessons. Typically, I will ask you to watch one or two lessons to learn more about a particular concept or skill.

Note: This video has closed captioning, so it does not need a transcript. 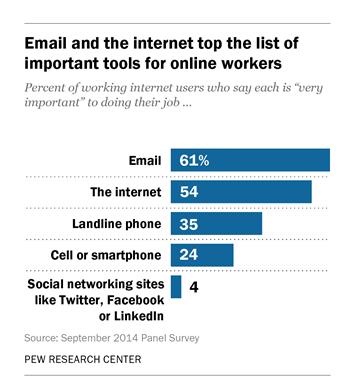 Email is critical to the work of over half of the workers surveyed by the Pew Research Center on Technology’s Impact on Workers. The bar graph on the right shows that 61% of workers said that email was “very important” to their work.

The better you are at writing emails, the better you are likely to do in the workplace. As more businesses and organizations skip paper-based communication and turn to email, you will find that you spend a great deal of time reading, writing, and responding to email messages in the workplace. With email such an important part of the work that people do, learning the strategies that ensure your messages get read and accomplish their goals is crucial.

How to Write Strong Emails

To improve your email savvy, consider these tips on writing the subject for your email messages. If you want your email message to be read, you need a subject line that gives readers a short description of the contents in a way that piques their interest in the topic. When a subject line doesn’t, it’s possible that people will just skip on to something else in their inboxes that is interesting or has a clear purpose.

So how do you make sure you have strong subject lines? Here are ten tips:

Note: This bar graph already has a transcript.

For our #infographicInspiration this week, I’m sharing a simple image that identifies key characteristics of effective email messages. 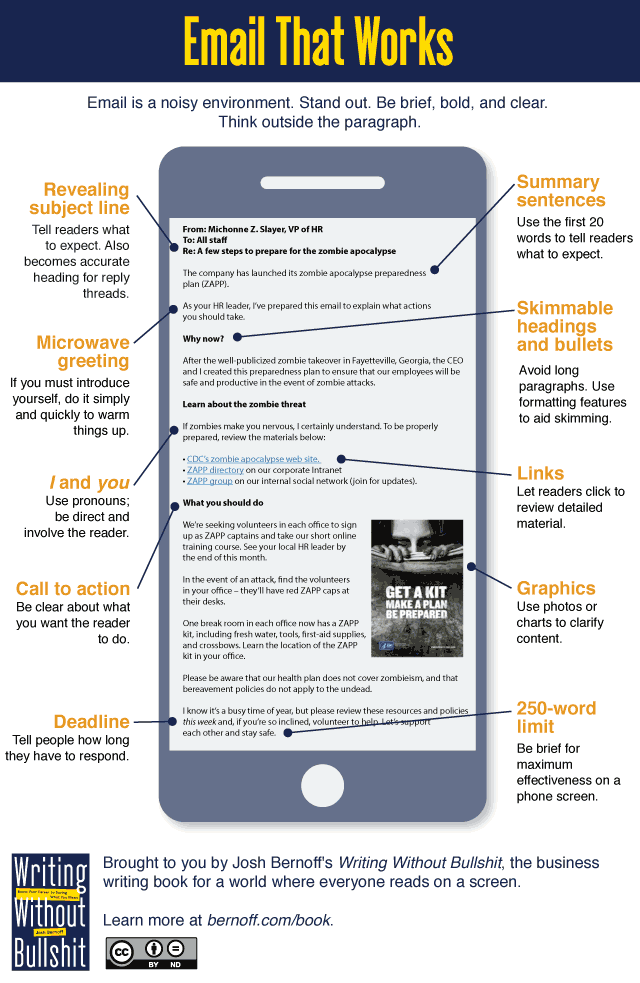 This post is the first of our Daily Discussion Posts. If you decide to leave a comment as part of your work toward a grade higher than a B in the course, remember that I have to approve your first comment on the site manually. Your comments will appear automatically on the site after I approve your first post. 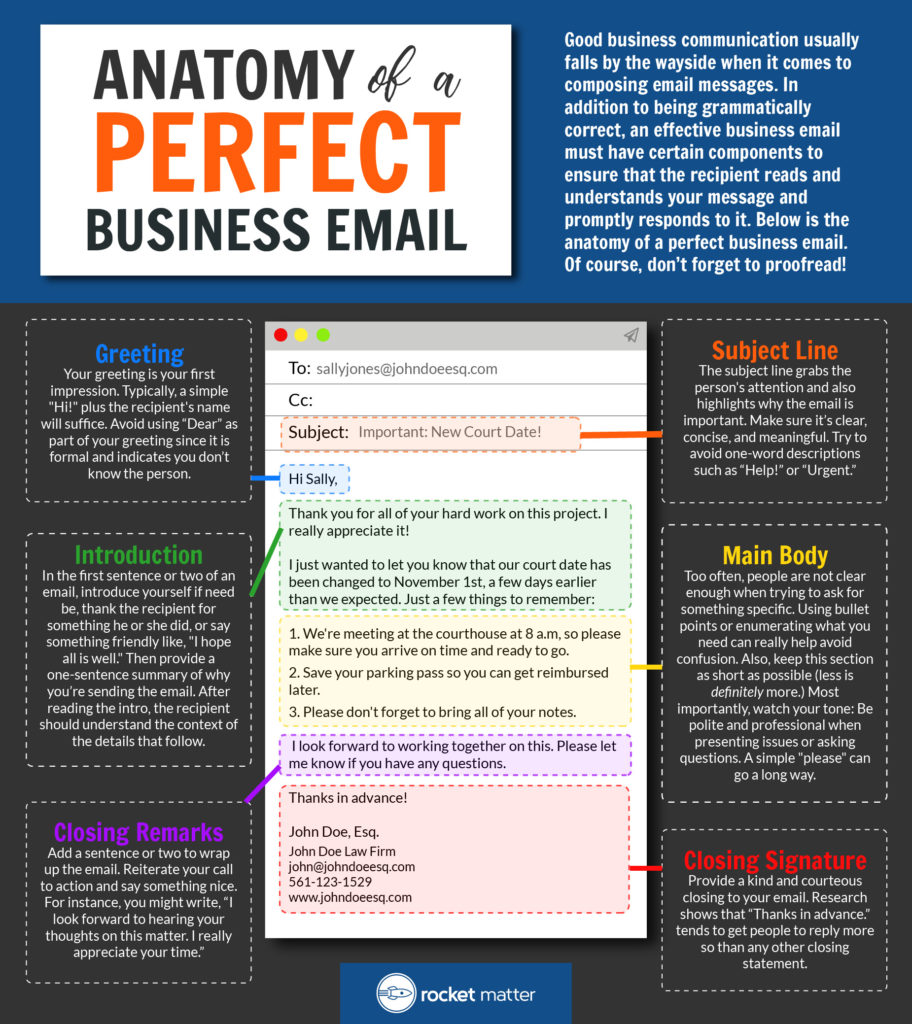 Everyone in this course has had to write to a teacher at some point. You may have had a question about an assignment, needed an extension on a project, or wanted to explain a class absence.

The Inside Higher Ed article “Re: Your Recent Email to Your Professor” outlines tips for how to write email messages that persuade your professors to help you.

As a bonus, you can also consult the infographic on the right, which outlines the parts that comprise a perfect business email message:

Depending upon the purpose and audience of your message, the length of these sections may vary greatly. There’s no reason to pad your message out for a short request, for instance. Adding extraneous information in that way just buries the point you are trying to make. Use common sense.

Welcome to Technical Writing. This is the course website for these four courses, all taught by Traci Gardner at Virginia Tech during Spring Semester 2018:

Information on all assignments, weekly activities, and related resources for these courses will be posted here. Check this site regularly for the details on what to do for the course.

Notes for This Week

Readings for This Week

Tasks for This Week

You will notice that there are a lot of tasks. I try to post everything that you need to do at the beginning of each week. In my experience, online students have to fit work for this course in around many other responsibilities. By posting everything at the beginning of the week, I hope that I give you enough lead time to fit the coursework around your other obligations.

Here’s what you need to do for this week:

Image Credit: Why Good Writing Is Needed for Better Jobs from Grammarly.

If you need special accommodations in this course, please let me know, and I will try to provide what you need. You can check the Accessibility Policy for additional information.